Thursday last I met my friend John at the Tate Britain. He's a member and took me in to the Patrick Caulfield exhibition. I've always been fascinated by Caulfield's 'After Lunch' which is an interior of a room with a window revealing an exterior continental scene of a lake, castle and mountains. Austria, perhaps. The scene has clearly been photographed and pasted into the picture. The room around the window has been painted by the artist and the edges of objects are heavily lined in black. Reality is outside the window, art - or the unreal world - is the room from which we view that reality.

Having almost completely exhausted those brain cells which deal with art criticism, I have to add that this is the first time I've seen a bunch of Patrick Caulfield's paintings all in one place and the guy clearly had a thing about wallpaper. In some paintings there are three or four different kinds of wallpaper: flock, smooth, flowery, dull. One can only imagine Patrick spent a lot of time in restaurants and bars staring at the walls, possibly with a glass or cutlery in his hands, searching for the meaning of life. Did he find it in the various patterns he later painted on the interiors of his many rooms? I certainly didn't. I wish I had.

The title of this blog is art and lit. The lit side is my discovery of a young adult series which was obviously popular in my childhood - going by the dates of publication and the number of volumes produced  - yet I have never heard of them before now. The 'Jennings' books. I find that amazing, since I haunted libraries and read more pages than you've had hot dinners - almost. The work which brought this gap in my education to my attention was found at a jumble sale and entitled 'Jennings Goes To School' by Anthony Buckeridge. The cover was one of those '50s artworks similar to the dust covers on Biggles and Just William books. I bought the volume and read it. It was, naturally for the time, a boarding school saga, full of '. . .whizzo, superprang, jolly swizz, spivish smashing, hairy fag' language which got more than a bit tedious after a while. However, I did enjoy much of it, mainly because of the nostalgia - I read books like it when I was 12 and felt cheated because I never went to boarding school like the boys in these stories - and partly because of the humour. Like one boy haughtily telling another, 'Don't you know, you oik, that the angles at the base of an isosceles triangle are jolly well nearly equal?' Well, I laughed at it, anyway.
Posted by zanerjabd at 17:42 1 comment:

Where do you get your ideas from?

I'm being incredibly lazy today by simply copying into this blog an article I wrote about my new collection of short stories - this comes on top of the volume of poems I edged into my last blog. You might think this is bad planning on my part, two books out at once, but in fact the planning department in my head is always in chaos, much like our local council's, and there is no help for me. I don't need to say I love both the productions of my (and in the case of the poems, Rob's) work and applaud both publishers - great people.

Short stories are my favourite fiction, reading and writing. It is still, after 40 years as an author and several millions words in print, a great thrill to me when a fresh idea for a tale jumps into my head. The excitement following inspiration never fails to electrify me into looking forward to sitting down at my computer and getting into that white heat mode that produces a short story. I can still recall some of those moments of inspiration and why and how they came.

The title story hit me forcibly when I was reading an article in a magazine, I think it was Current Archaeology (my wife Annette's favourite pastime and her journal, not mine) which told the story of the finding of the Dead Sea Scrolls in a cave containing sealed jars by a young Arab shepherd boy named Muhammad-the-Wolf. (What a great name for a start! I think I would have sold twice as many copies of my books with a name like that on the cover.) The article said the scrolls were not fashioned from paper or reeds but from animal hide. Immediately I had a picture of a strange creature in my head, a magical beast, which had been skinned and its hide used to record these holy, and otherwise, texts from so long ago. The rest of the story followed.

'Murders in the White Garden' came when I was visiting a friend in Dresden, who took me to the baroque garden of a German equivalent of a National Trust stately home, which was littered with statues of Greek gods and, this was the catalyst, a band of angels playing musical instruments. It was the latter which fired my enthusiasm for a story - silent music! I love the thought - yet in the end it was the Greek statues which formed the main characters in the story's plot.

'Spice'. Ah, I recall that moment vividly. Singapore has always been one of my favourite cities. I spent years there as a youth and more years there when my daughter's family were in residence. The Lion City. It has sparked more than one story. On this occasion Annette and I were visiting an old area of the city - much of it is now flash and modern - and we were walking down a certain street when I saw a sign which said that this was The Street of the Dead, the small crippled-looking dwellings dedicated to those who were dying and did not wish to bring bad luck on their family homes by ending their lives within, so they came to one of these houses in Sago Street to end their days. What? Who could ignore such a great lead-in to a tale of ghouls that sat in the rafters of those dwellings and waited for the unfortunate dying to yield up their dead flesh?

So, these are a few of the sparks that lit my fires. The Anglo-Saxon tales came from Sutton Hoo, where I am a volunteer steward and read a lot of literature in order to answer visitors' questions. 'The Human's Child' was written for Chester Zoo, to raise awareness for Asian elephants. 'Out Back' came while on a walk over the lonely marshes east of Iken village. 'Sacrificial Anode' (funnily enough) while on a tour of the local nuclear power station. (They use them to take the corrosive elements out of the coolant sea water). 'Moretta' on a walk on the cliffs above the sea-covered town of Dunwich. 'Stalking Moon' while pondering on a theme I love - reversals. You need to read the story to get my meaning. 'Atlantic Crossing', my favourite in the whole collection, while contemplating the waves off Felixstowe one day and wondering if that fellow who walked on the waters of Galilea had a trick we could all learn if we put our minds to it.
Posted by zanerjabd at 11:17 1 comment:

Ballads not by Wordsworth and Coleridge

This morning there was a welcome thump on the doormat. I expect my friend Sarah heard the same thing in her house in London. We had both be waiting for that lovely sound and I (and probably she) raced to rip off the brown paper and get at the contents - authors' copies of the above book of poems. How beautiful it looks, that cover by the Canadian artist Francois Thisdale, and what a wonderful creation by Nicky and Pete Crowther of Stanza Press, whose accessibility and patience during production have been outstanding. These guys are real publishers, who care about their authors and are ready to both listen and act on suggestions. I have many strange hats (sadly I have a hat fetish) and I have put them all on one by one to take them all off again in the same order to salute PS Publishing's Nicky and Pete. If you feel the need to delve into the poetry of Holdstock and Kilworth, all you need to do is follow this link - http://www.pspublishing.co.uk/  You'll find a treasure trove of other books there too! Thanks to all involved in the production of my and Rob's volume of poems - huzzah! (Thrice).

Posted by zanerjabd at 15:54 No comments: 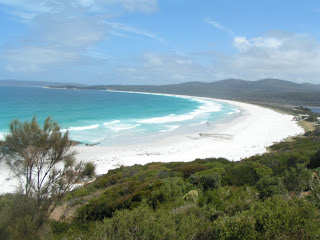 My wife loves camping. Most wives would sell their souls for a 5 star hotel for the weekend, but Annette likes nothing better than being under canvas in the great outdoors. She delights in fresh air, fields and trees, birds singing at an ungodly hour in the early dawn, camping stoves, canvas roofs and all the things that go with getting back to nature. I enjoy them too, once I've been prised from my office chair and am in the thick of grasslands and beaches, but I need a push to get me there. This weekend, a blazing hot and wonderful weekend, we went to north Suffolk where the beaches are long, curving and full of sand, but surprisingly empty of people.

As for the great indoors, I am deep into my novel, which will soon be in the capable hands of my new agent, John Jarrold. John is an old friend and fellow workshop writer. We once belonged to the same group of scribblers. He has taken me into his fold of authors and I'm delighted to be there. Other happenings, which are exciting to me though perhaps of little consequence internationally, comprise a volume of poetry produced in collaboration with my deceased friend Rob Holdstock entitled 'Poems, Peoms and Other Atrocities', due out this week with PS Publishing, and a collection of stories (written all by myself) entitled 'The Fabulous Beast' - tales of horror, fantasy and science fiction - also due out this week with Infinity Plus. These are momentous occurrences in the Kilworth household and much excitement fills the air as we wait with impatience for the thumps of packages on the mat in the hall.
Posted by zanerjabd at 10:26 No comments: 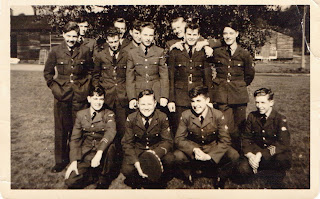 Those who saw my earlier post 'Good Old Boys' might like to compare this photo with those on that post. These are the same fellows, fifty+ years earlier at RAF Cosford School of Technical Training. (I've just unearthed the photo from a memory box). At 15 years of age, every one one them, they seem a lot more innocent and a darn sight better looking don't they? That's me squatting, bottom left, showing off my two good conduct stripes. I was never promoted to Senior or Leading Boy though. The big fellah at the back, with his hands on another lad's shoulders, went zooming up the ranks to Sergeant Boy. Good on yer, Tam.
Posted by zanerjabd at 11:06 No comments: