What I did on my holiday by Garry Kilworth aged 77 and three quarters.

On the 7th of January, 2019 Annette and I flew to Sri Lanka and set foot on its soil for the first time. (Actually, I had done that in November 1958, but was on my way for a tour in Singapore as an airman and we had simply stopped to refuel the Britania aircraft which was taking us to the Far East). We had booked a cheapish hotel near the airport and were catching the 'Express' to Ella on the next morning from Colombo's Fort Railway Station. We had booked the Observation Car, since the train was travelling through some of the lushest and most beautiful countryside Sri Lanka had to offer.

The Observation Car, which we had expected to be the sort of goldfish bowl you get in the Canadian Rockies. It was not. It was a dilapidated, seedy carriage at the end of an incredibly long train which fishtailed uncomfortably for the whole journey. The glass dome we had expected turned out to be a window at the very end of the carriage through which you could see where you'd been, but of course not where you were going or to the sides. The wonderful green mountains, covered in rainforest, sped by and yes, we did see them through the dirty side windows, but actually the whole thing turned out to be a great disappointment and a very trying ride. The book said the journey from Colombo to Ella would be 7 hours. It was not. It turned out to be 11 really heavy hours which landed us at our destination well after dark had thudded onto the landscape.

Once we had found our homestay, a delightful place called Sita's Heaven, high up in the mountains, overlooking an incredible valley covered in rainforest, our spirits felt lighter. The small town itself had given its soul over to coffee houses, cafes and bars where the young could indulge their palates. There was a beautiful waterfall just outside the town and 625 steps cut into the rockface which took you to a high cave. Annette and I managed 300 of the steep steps, while our Aussie friends, Carolyn and Peter went on to do the rest. (They're younger, dammit). We waited for them in a tiny rock overhang where an enterprising local woman made tea on a Primus shove and pointed out Langer monkeys clambering around in the rocks and trees below. 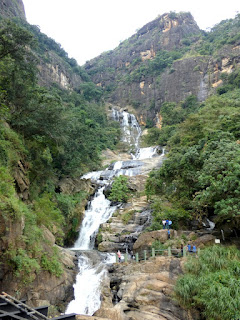 After two pleasant days of dithering the four us took a car to Tissamaharama to the south, where we hoped to visit Yalla National Park and Bundala National Park. We were staying at Lakeside Cabana, a homestay with four huts on stilts overlooking a wonderful lake full of waders and water birds. It was indeed the sort of venue we'd hoped for and I managed to photograph several birds there including the beautiful scarlet Flameback Woodpecker. I did see a Paradise Flycatcher with its long trailing tail feathers, but it was too quick for my camera. It was ever thus throughout the whole trip with this elusive ball of feathers. Our one day visit to Yalla was disappointing. There were over a hundred jeeps chasing the animals in the park and twice we got hemmed in by vehicles and couldn't move for 20 minutes or more. We had been warned that it would be so, but we'd taken no notice and booked anyway. In fact we didn't see the leopard we wanted to see and it was, as I say, a disappointing trip. Bundala was much better. Only six or seven jeeps and plenty of wildlife, though sadly no leopards in that park. One day out walking I was approached by two young local students who had seen me snapping birds with my Lumix bridge camera. They turned out to be studying local ornithology and took me to three hidden forest places where there were owls to be had. A Jungle Owlet, a pair of Scops Owls and pair of Brown Fish Owls. 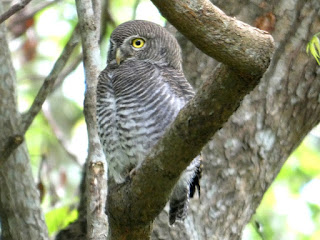 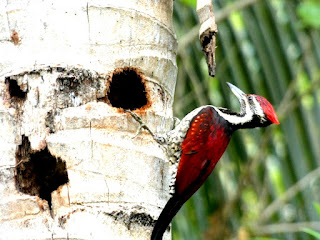 After Tissa, Peter and Carolyn left us, to do their own thing at Galle, while we went north again to meet with our 25 year-old grandson, Jordy, who had been in Australia for a few weeks and had agreed to spend some time with the oldies in Sri Lanka on his way home to UK. The sad thing for Jordy was, he is a single good-looking guy and there were many Scandinavian and other continental girls backpacking too, but who was going to look at a young man travelling with his grandparents? Anyway, we met with him at Nuwara Eliya and stayed a couple of nights in the mountains before going south again, to Udawalawe. This was one of our favourite places, where we swam in the river and had a great day in the game park, seeing Crested Eagles, Serpent Eagles, mongooses (yes, not mongeese), many elephants, buffaloes and a fantastic Black-Shouldered Kite. 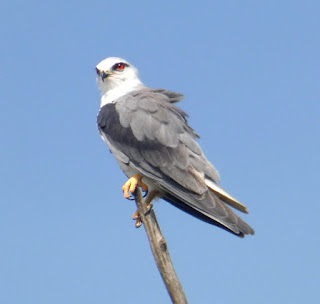 At the end of four days, we said goodbye to Jordy, who went north to Ella and Kandy, looking (I hope) for those girls we had been a barrier to. We haven't heard from him since. Annette and I then went to Sinharaja, to a lovely homestay where the owner's son was a rainforest guide. What a wealth of wildlife was in that forest where we trekked the next day! Kangaroo Lizards, rare Blue-Faced Leaf Monkeys, several snakes, kingfishers, Hump-Nosed Lizards, Tarantulas, a Sea Eagle, an air battle between to Black Eagles (the largest eagles in the sky of Sri Lanka), lots more. It was a perfect end to our search for wildlife and we made the most of it. 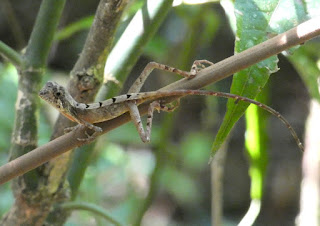 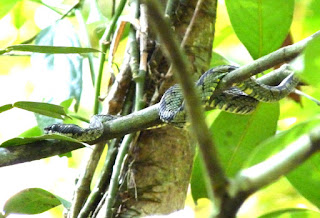 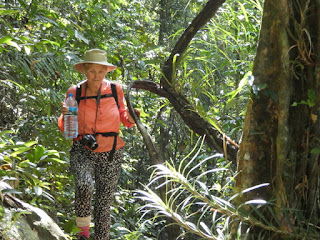 We finished the tour of south Sri Lanka with three days in Marissa and Galle, where we went whale watching and saw two Blue Whales, the largest mammals on the face of the Earth. Well, truth be told, we saw bits of them, since you only get to witness the curve of their backs and the fluke of course. When I wrote home about it, I said, 'We saw two Blue Whales, but it was just a fluke'. Nobody got it, so far as I knew, because all that came back was, 'How wonderful.' Actually, yes, it was wonderful, the whole trip. 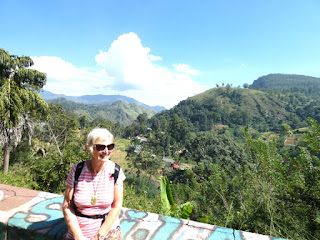 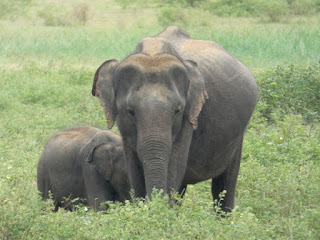 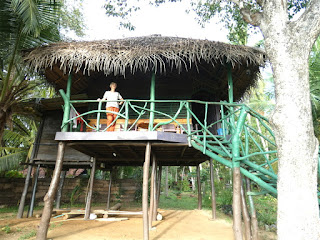 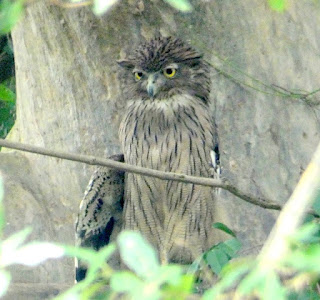 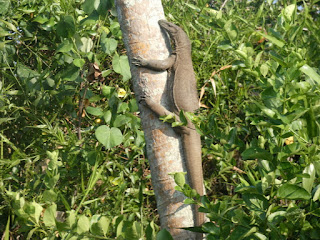 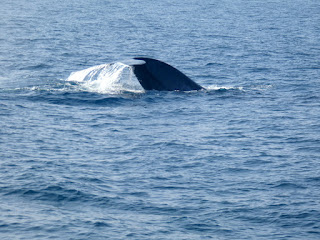 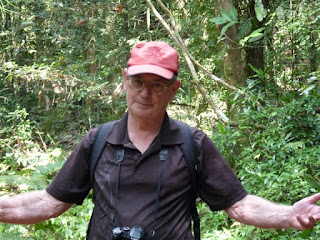 Posted by zanerjabd at 12:06 No comments: