They say intolerance comes with age, but to be honest I think I have some of it in my genes, which is not a good thing. I would like to say live and let live to everything if my temperament would allow, but sadly for me placidity doesn't always manage to filter down to my liver. Last night I went to the 02 for a performance by Leonard Cohen which was superb. He is around my age but is probably much more laid back than I'll every be. My unhappiness during his singing was with those people who were obsessed with their iphones. While the performance was on there were many in the thousands there taking flash photographs. They are at best, misguided. The distance of a camera flash is anything from 8 to 15 feet, while the person on the brilliantly lit stage was at least a hundred yards or more from most of these would-be photographers. The flashes were distracting, but I realise people get excited and want to record their evening. However, two people right in front of me were texting and emailing for a great deal of the performance and one guy, two rows ahead, was playing Angry Birds on his phone the WHOLE time. Their bright screens were indeed fucking distracting. I think the mobile phone is a great invention - actually a good friend of mine invented a certain lcd which led to their current development - but why do some people have to be glued to the bloody things almost night and day. I see them on the train, on the bus, walking in the street, some of them mothers pushing prams with precious loads in them, even carrying suitcases or halfway over a busy road, their eyes glued to that tiny screen that seems to have beguiled them and keeps them in slavery wherever they are and whatever they're otherwise doing. Sorry for being a grump, but as I say, age and genes combined.
Posted by zanerjabd at 16:33 2 comments: 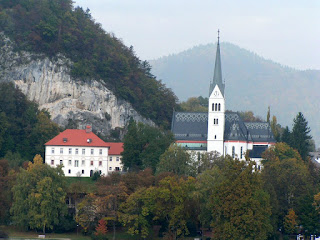 Over the last ten years too many of my friends have left me behind. My lifelong friend and then my accountant Stewart Holliday went first, then Ruth and John Murry, Maggie Noach my agent, Rob Holdstock, Bob Nottage a schoolfriend who served alongside me in the RAF and more recently Iain Banks. Iain was not a close friend, but we corresponded on occasion and I liked him a lot, despite our different views on things. He wanted independence for Scotland and he was in his own words a 'militant atheist'. I made him laugh at a recent convention when I countered this with my assertion that I am a 'militant Quaker', Quakers being dedicated to peace of course. The Scots have their right to choose independence from the Union of course, should they wish it, but I think both countries will be the poorer for a parting. Should it happen there will be new flags, some lost politicians since 'foreigners' are not able to serve in another country's parliament. Those Scots who choose to become English, Welsh or Northern Irish will of course be permitted to remain in our parliament, but it will be a difficult emotional choice for them. There will be other changes, many of them, to emerge as the time for choosing gets closer. Iain of course has had the choice wrenched from him on the eve of this momentous event. A very swift and cruel wrenching it was too and the book world's loss is great. I miss all those friends I have listed above, quite desperately at times, and it would be nice if no one else went before I did. Naturally I'd rather that was later than sooner - at least a decade I hope - but I certainly don't want to be, in the vernacular of action movies, Last Man Standing.

The picture was taken on the shores of Lake Bled in Slovenia - a small beautiful country which gained its independence from Yugoslavia and seems to the thriving, so what do I know.

The Other Side of England

Just returned from a revisit to Cornwall. I was there 45 years ago, stationed just outside Newquay, with my then new wife and small shiny kids. We loved the place in those days: the wild cliffs, the quiet beaches, the fresh, clean winds blowing over from the Atlantic. It used to take us 12 hours to drive from Essex to Cornwall at a time when there were no motorways. It still took us almost that long this time, due to the immense amount of traffic. Wadebridge and Padstow had changed only in the number of tourists: thousands of them, thronging the narrow streets, mostly eating Mr Stein's fish and chips. It was a delight to spend a few days with our son Richard and his wife Julie, and our granddaughter, Chloe. They had been our inspiration for choosing this area since Julie is a garden person and the family had not yet been to the Eden Project.

We went back to St Eval, where we once had a married quarter on the cliffs, and found it had altered only in the privatisation of the houses, which now had an individuality about them. Then we seriously set about sightseeing, going to St Michael's on the Mount, the Telegraph Museum, the little theatre on the Lizard, the Eden Project, and many others. One of the pleasures was meeting up with an old friend and the editor of several of my books, Jane. We were shown around Mousehole by Jane and her husband Abdel, and really got to see the roots of the Cornish coastline. They were brilliant hosts and Abdel cooked us a meal which I can still taste on my mind's tongue. It was delicious. The only downside was having to park on a narrow quay with the sea on both sides. I am not the best driver in the world and my heart was thumping a little as I inched my way backwards along the narrow wall past a French Lieutenant's woman, who stood staring bleakly out at the waves . We left the car there overnight. I was told by my hosts that at an earlier time one bunch of cars was actually crushed by mighty storm waves breaking over the wall. I stared out at the placid face of the Atlantic Ocean and wondered whether it was due to have a tantrum. Happily it didn't lose it's temper but I still had to inch my way off that sea wall the next morning. I could never in a million years work for Eddie Stobbart.
Posted by zanerjabd at 22:32 1 comment: